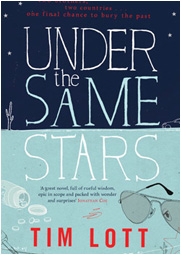 It is late summer 2008 and, as the world economy goes into meltdown, forty-year-old Salinger Nash, plagued since adolescence by a mercurial depression, leaves the London house he shares with his girlfriend, Tiane, for his older brother’s home in the Garden District of New Orleans. Carson Nash has persuaded Salinger that they should find their missing father, Henry- last known location Las Cruces, New Mexico. But it is with a sense of foreboding that Salinger sets off with his brother. Painfully aware that their own relationship is distant and strained, will dragging up the past and confronting their father going to help or harm them? Meanwhile back in London, Tiane isn’t answering Salinger’s increasingly urgent messages. Why?